5 years ago we set out on a mission to help indie app developers succeed. At the time we decided to focus on the user acquisition side and this is how AdDuplex was born. Now we feel it’s time to tackle the other variable of the indie developer success equation – monetization.

I’m happy to introduce AppStretch – a platform to crowdsource feature ideas for your great apps, crowdfund implementation of these ideas and crowdpromote their availability to users. 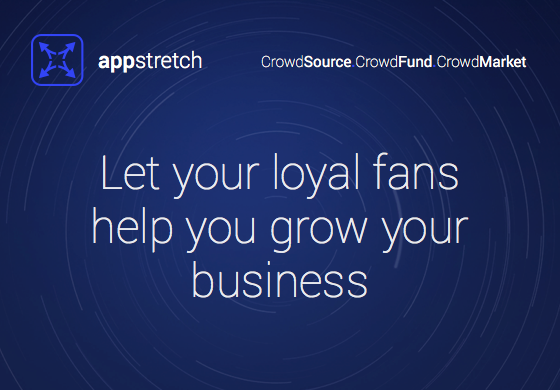 Making it as an indie app developer is becoming increasingly more difficult each year. The app and in-app prices converge to zero, competition is increasing and user acquisition is getting more expensive.

//platform.twitter.com/widgets.jsHaving said that, we believe that each good app has a meaningful number of fans who would pay way more than $0.99 to get that extra feature, improvement or just to support the developer.

But there’s just no mechanism to achieve that without alienating the average user. That’s where AppStretch comes in.

We aim to help you collect important feature ideas from your fans by letting them put the money where their mouth is. Then you will be able to convert these or your own ideas into crowdfunding campaigns. And finally, we are still big believers in placing app marketing in front or at least on the same line as monetization, that’s why AppStretch will have a second “currency” – social support for your campaigns and apps.

AppStretch is for existing apps and proven developers. We don’t want to be another place where wannabe entrepreneurs try to raise money for random ideas they can’t implement. What we want to do is enable you – great indie developer – to dedicate your precious time to development of the features your users really want and lift the everyday financial worries off your shoulders by helping you fund the development upfront.

We will be starting with apps published in iOS or Mac App Store, Google Play or Windows Store. Later on we may expand to other app stores, web and standalone apps.

As for geographic availability, we aim to build a service that covers as much of the world as possible. Having said that, as it deals with financial transactions, there will inevitably be restrictions imposed on us by credit card and banking companies. That’s why it is very important for us to gauge your interest, so we know what regions and countries to prioritize. So, please, go to appstretch.com and fill out the sign up form. There’s no obligation to participate in the system when it launches, but it will help us see the real picture immensely.

When will AppStretch be available?

We are working hard on AppStretch, but it’s not ready for public eyes just yet. We hope to launch it in Q1, 2016. We would really appreciate your feedback either through the comments below or email. Or you can simply sign up for early access to AppStretch to let us know that you care.

As our background is on the Windows side of the fence, we would like to ask for your help spreading the word among your iOS, Mac and Android developer friends. Please share a link to this post with them and let’s build the best platform together!